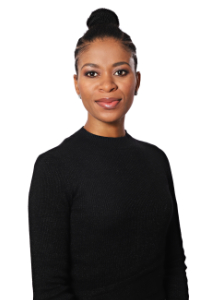 Tholoana Rose Ncheke is currently serving as the Head Of Legal at Primedia Broadcasting.

Ncheke was formerly an Executive for Policy and Regulation at the National Association of Broadcasters (NAB) . Prior to that she worked as a legal officer for the Film and Publication Board (FPB), and before that served as an attorney at Edward Nathan Sonnenbergs. Her areas of expertise include policy regulatory and reviewing, law, and telecommunications.

Ncheke’s governance and leadership experience includes being part of the Reference Expert Group on Broadcasting Policy Review for the Department of Communications (2018-2019) and completing the Convenor Broadcasting and Digital Media Policy-Regulatory Trends Course at the University of Witwatersrand (WITS) in 2019. 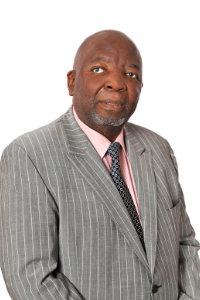 Dr. Jerry Mofokeng wa Makhetha is currently a university lecturer and serves as an Artistic Director at major theatres across South Africa. Dr Mofokeng wa Makhetha previously held the position of as Chief Director, Provincial Department of Sport at Culture in Mpumalanga Province.

Dr. Mofokeng wa Makhetha has worked closely with the National Film and Video Foundation as chair for the funding panels, and an EXCO, HR & E committee council member from 2017 until 2020. He has also served as a board member of the Free State Arts Festival, an Artist Director reporting to the board, and took part in the IODSA Training in Board Competencies. 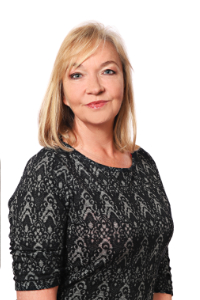 Julie Hall is currently the Discipline Chair of Screenwriting for AFDA, the South African School of Motion Picture Medium and Live Performance. She has been working in the television and film industry for over a decade.

Hall has worked closely with the NFVF for many years as a mentor, trainer, fiction panel evaluator, and script editor. This includes being a mentor and script editor on a slate of five Female Film Maker Short Films celebrating 20 Years of Democracy developed with the NFVF and Born Free Media. She has also spent many years training emerging writers in provinces such as KwaZulu-Natal, Eastern Cape, North West, as well as in Gauteng.

Hall holds a Scriptwriter’s Training and Development Certificate from SEDIBA (2005). 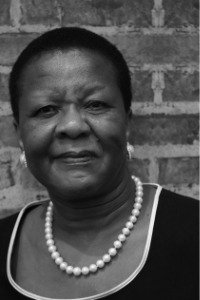 Letoaba holds a Bachelor of Arts (BA) Social Science Degree from the University of Northwest and a Higher Diploma in Advanced Social Work Practice. 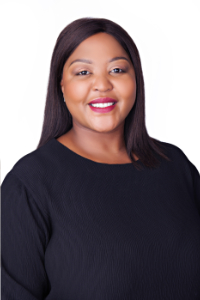 Matlala’s areas of expertise include risk management, brand and media strategy, mentorship and strategic decision-making ,. During her earlier years in brand development at Unilever and Woolworths, she was recognised for her excellence in digital executions and growing market share.

Matlala currently holds a Bachelor of Arts in Motion Picture Medium, a qualification in Art Direction and Production, and a Diploma in Culinary Art. 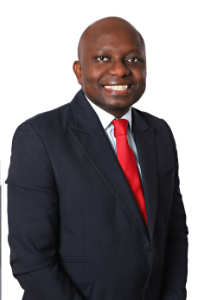 Maijang Samuel Mpherwane, currently serving as Head of Media and Audio-Visual, at the Industrial Development Corporation has an accumulated amount of experience in the film industry.

From 2016 to 2017, Mpherwane served as the General Manager for the South African Broadcasting Corporation (SABC) managing SABC channels, 1, 2, 3, and Encore, before being appointed to his current position.

Mpherwane holds a Master’s in Business Administration (MBA) from the University of Cape Town (UCT) (2018), a Postgraduate Diploma in Management Practice from UCT (2015), and a Bachelor of Arts (BA) in Dramatic Arts from the University of Witwatersrand (2003). Mpherwane is also a trustee of the Wind Farm Community Development Trust 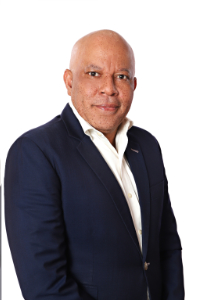 Before opening his own company, Mkhungo was part of the Management Trainee “Class of” Programme from 1995 until 1997 at Rand Merchant Bank (RMB).
Mkhungo’s areas of expertise include process improvement, system design and implementation, trends identification, performance management, strategic planning and client relationship management.

Mkhungo’s leadership roles include being a member of the Institute of Directors Southern Africa (IoDSA), a member of the Progressive Business Forum, and the Independent Investment Committee of the Utho Capital Fund.

Mkhungo holds a Master’s Degree in Business Administration (MBA) from De Montfort in the United Kingdom (1998), and Honours in Computing from Napier University, Edinburgh, in the UK (1992). 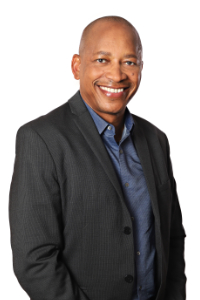 From 1995 to date, Seeco has built his marketing portfolio by working with the biggest brands in the industry giving strategic direction, managing big teams with diverse cultural backgrounds, creating strategic alliances with agencies across the globe such as Kwanza Media, and Brand pilgrimage (Research and Consumer Insights), and creating marketing concepts for shopping centres across the country.

Lala Tuku is currently the Managing Director of Clive Morris Productions and Chairperson for Africa Rising International Film Festival (ARIFF). She has been involved in the arts for past two decades with extensive experience in the South African film and television industry.

Tuku currently executive produces two daily shows on air, ne on SABC (The Estate) and the other on BET (Isono) a Pan-African and International platform. Tuku was also a supervising producer for Multi-Choice’s three youth dramas.

Tuku has worked previously for the NFVF as Stakeholder Relations Manager. In 2019 Tuku started a mentorship programme A break with Lala that assists young black females in the film industry. To date eight young ladies have been placed in various roles in the industry.

Tuku is currently furthering her studies at the Thabo Mbeki African Leadership Institute where she is studying Afrikan Feminist and Gender Studies and isa proud member of Industry organisations: Sisters Working in Film & TV (SWIFT) and the Independent Producers Organisation (IPO).

The NFVF Film Library is a good source of information on local films.

Find information on films that are currently showing.

View frequently asked questions and answers about the NFVF.

View frequently asked questions and answers about the NFVF Funding and application process.

About the SA Film Industry

Find out about the South African Film and Television Awards.

Find out how the NFVF conducts and commissions research, collects and disseminates statistics, and analyses South African film industry trends.