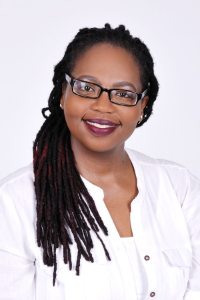 Makhosazana Khanyile is the Chief Executive Officer (CEO) of the National Film & Video Foundation (NFVF) and was appointed in April 2019.

During her tenure, Khanyile has strengthened the NFVF’s strategic partnerships and broadened the institutions’ impact and reach by securing notable partnerships with industry-leading institutions such as Netflix, Tik Tok, MICT- SETA, MultiChoice and the SABC.

Khanyile was previously Director of Marketing, Communications, Advertising Sales and On-Air Services at FOX Network Group Africa (now Disney), where she expertly led the positioning of eight (8) Fox Network Group Channels and was pivotal in growing the footprint and reach of the National Geographic channel.

Khanyile’s career in broadcasting spans two decades, one of which was spent at MultiChoice, where she held various senior positions in and amongst others: Scheduling, Brand Management and Marketing for MultiChoice’s Genre channels – of which M-Net Action won a prestigious international Hot Bird Award in the fiction category, a first for South Africa television. In 2013, Khanyile was appointed as Head Of Department (HOD) of Content Planning and Africa Customisation and later spearheaded M-Net’s Corporate Social Investment (CSI) portfolio.

Makhosazana holds a Masters in Business Administration (MBA) from the Henley Business School, a Post Graduate Diploma in Business Management, a Bachelor’s Degree in Communication Science from the University of South Africa, as well as an International Diploma in Journalism from Allenby Campus along with numerous leadership courses from renowned institutions. 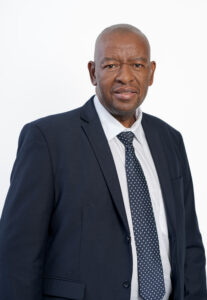 Peter Makaneta is the Chief Financial Officer (CFO) of the NFVF.

Makaneta started his auditing profession at the office of the Auditor-General in 1999. He later joined SARS in 2003 as a Senior Auditor and occupied this post until 2005 when he was head-hunted to work at Xabiso Chartered Accountants as a Senior Manager. He later joined Deloitte Business Risk as an Enterprise Risk Manager.

In 2007, Makaneta was recruited by the Universal Service and Access Agency of South Africa (USAASA) to run the Internal Audit Unit as its Chief Audit Executive. After he set-up the internal audit unit, he left to join the Business Risk Management unit of MTN in 2008 as the Senior Internal Auditor. In 2010 he joined the South African Human Rights Commission as its Chief Audit Executive responsible for the internal audit function. In 2012 he was appointed as the Chief Financial Officer of the SAHRC until 2019.

Before joining the NFVF, Makaneta was appointed as the CFO of the Financial and Fiscal Commission until 2021. He also served as a Part-Time Lecturer at TuT, lecturing Auditing. Makaneta holds a Master of Business Leadership degree from Unisa, Honours BCom (Accounting) and BCom. He is a Certified Internal Auditor by profession. 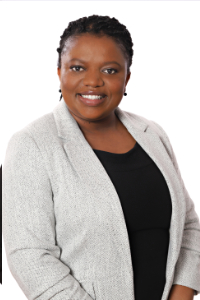 Thobela Mayinje is the Head of Human Resources at the NFVF.

Mayinje has worked as an HR Generalist for over 14 years in various sectors including FMCG, construction and government. Mayinje’s areas of expertise include Human Resource strategy formulation, building sustainable work cultures and providing effective people management support to other business units.

Mayinje has positioned herself as a change management agent, and this is evident through some of the initiatives she implemented which include putting measures in place in response to employee wellbeing during the Covid-19 era and her progressive response to developing and implementing a remote working policy. 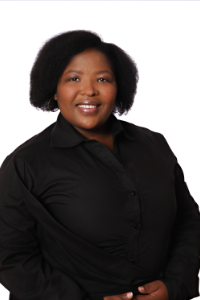 Yolanda Ncokotwana is the Head of Department (HOD): Industry Development at the NFVF.

Ncokotwana is a TV and film professional. Her experience spans across live productions, documentaries, and scripted content. She began her television career in broadcasting where she worked her way up from the production department to becoming a Commissioning Editor. As a story consultant, she has worked on over 30 titles including multiple award-winning films. As a Development and Production Manager she was responsible for overseeing funding on documentary projects like Buddha in Africa, The Sound of Mask, Skulls of my People, How to Steal a Country, Influence, etc. Ncokotwana is responsible for managing the co-development incentives and has recently spearheaded the Netherland/SA co-development fund and the NFVF/Netflix coproduction initiative.

Ncokotwana is a solid Project Manager who has organised finance forums on behalf of the NFVF and has previously been part of a team that led SABC content strategies for various flagship programmes and international sporting events such as the 2014 FIFA, World Cup, the 2015 Cricket World Cup, 2011/2015 Rugby World Cup and the 2016 RIO Olympic Games.

Ncokotwana holds a BTech degree in Film & Television Production from the Tshwane University of Technology and is currently pursuing a BA in Creative Writing. She has done short courses in Project Management and Customer Service and is an alumnus of the Sediba Producers’ Programme and has participated in many panels locally and internationally including Berlinale and Cannes. 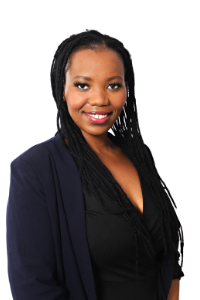 Onke Dumeko is the Head of Department (HOD): Operations at the NFVF.

Armed with more than 10 years’ experience in FMCG, retail, media, publishing and the public sector, Dumeko has cemented her valuable contribution made within diverse industries, as reflected in her uniquely eclectic experience.

As a multi award-winning media maven, her strategic approach to marketing, communications, publishing, partnerships, and production has culminated in her success to-date in her career at organisations such as Colgate Palmolive, Brand South Africa, African Sales, Ndalo Media and The Barleader TV where she serves as the founding editor of the film & tv archive platform, thebar. Magazine. As such, her accolades include being listed in the 2017 Mail & Guardian Top 200 Young South Africans and receiving the 2018 Gauteng Government Film & Media Excellence Award.

As a member of the Golden Key International Honour Society, Dumeko holds a Bachelor of Commerce degree in Economic Science and Marketing and an Honours degree in Marketing from the University of the Witwatersrand.

Aligned with her passion for production and content, she has been serving as the Partnerships & Distribution Manager at the National Film & Video Foundation since January 2021 and was recently appointed as the Acting HOD: Operations.

The NFVF Film Library is a good source of information on local films.

Find information on films that are currently showing.

View frequently asked questions and answers about the NFVF.

View frequently asked questions and answers about the NFVF Funding and application process.

About the SA Film Industry

Find out about the South African Film and Television Awards.

Find out how the NFVF conducts and commissions research, collects and disseminates statistics, and analyses South African film industry trends.